In our post of 2nd of march we already mentioned the interest of foreigners in Spanish real Estate, stimulated by a new law, granting foreigners residency if they invest at least € 500.000. This on top of big investors like Blackstone, seeking attractive retorns on investment on Spanish commercial real estate. 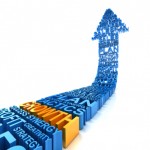 Apparently confidence is growing that Prime Minister Rajoy has matters under control and will be able to restructure the Spanish economy fast enough to start growing again. A recent report about manufacturing, growing at the fastest pace since 2011, seems to confirm this belief.

Also the bond market supports this optimism as interest levels have come down dramatically, indicating that the crisis has ended. The premium investors demand to hold 10-year Spanish government bonds instead of German notes fell to 160 basis points this month, the lowest since October 2010.

All in all, investment in Spain by funds, private-equity firms and other financial-services companies totaled 13.9 billion euros in 2013, more than double the 2012 amount, according to Madrid-based debt-restructuring firm Irea.

If the smart money is investing in Spain, who are we to doubt the positive economic growth forecasts! Maybe we do have reached bottom and it is time to embrace Spain once more.

This entry was posted in economy, real estate. Bookmark the permalink.